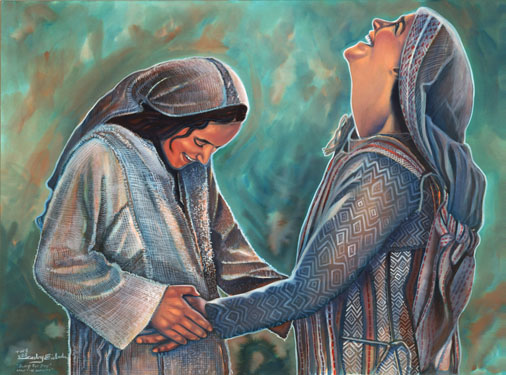 It has been a while since I have posted regularly on my blog, some of that has been time constraints, some has been uncertainty about what to write about, and some has been just a lack of desire. Until a few weeks ago, I wasn’t sure when I would write again. So what changed?

For many years I have been hoping for two hour church. You can even see it in a previous blog post. I was elated when the change was made, but I hadn’t thought about or expected the change to focus on teaching the gospel more at home. I have been thinking for a few months about what I can do to make teaching the New Testament at home the best I can. I decided that it would be an excellent plan to prepare a lesson based on the New Testament each week, as if I were teaching it to a larger audience, and discuss at home with my family.

Meanwhile, I had a friend visiting over the holidays who asked me why I didn’t write my blog anymore, or why I didn’t do a podcast and share my gospel point of view. In the moment I was thinking to myself, “Who wants to hear what I have to say?” and I just kind of moved on from the conversation.

Fast forward a few weeks and I am preparing my first lesson on Luke Chapter 1 and Matthew Chapter 1. Things are going well, I am feeling the spirit and have a lot of good insights that I need to write down, so I open up Google Drive to start an outline and I have this thought, “Why don’t you make your outlines and thoughts into a blog post each week?”

So here we are.

Now, I want to be the first to say that there are going to be a lot more thorough, and robust outlines out there for teaching these lessons. There will be blog posts from more insightful people; historical context from people more expert than me and; without a doubt, my thoughts and outlines will be emphasized and built from my perspective. I am providing all the resources from which I have pulled so each person who reads this can study for themselves as well. I do believe that there will be many people out there who could benefit from a different way of seeing things; from concise historical context and; my gospel impressions in their efforts to study the New Testament and teach their families. I hope you will find this useful to bring you closer to the Savior.

I am going to try and keep the format simple, and give links and descriptions of good resources for your own study as well. The plan would be for these to facilitate a 15-20 minute lesson for kids and adults and an expanded lesson of an hour or more depending on your audience. I will use the following basic format each week:

Focus:
– Gospel authors shared different and unique perspectives regarding the birth, life and death of the Savior.

– The important, and unique role in which women play in the birth of Jesus Christ.

– In contrast to the expected royal birthright of the Messiah, the fact that Jesus Christ came to the most humble of people.

Context and Timeline:
– It is difficult to express the limited and marginalized role that women played in Jewish society at the time this story takes place. We will discuss it more in future lessons, but the fact that women are the central focus of these first two chapters is astonishing compared to not only the time, but the rest of Old Testament, New Testament, Book of Mormon, and any other scriptures we have.

– Based on historical records of Herod the King’s reign Jesus was most likely born between 8 BC and 5 BC. So these stories are set immediately before that, and it is important because it has been close to 600 years since the Jews were the sovereign leaders of their own nation, they have been in and out of bondage, they have struggled economically, and only in the past hundred or so years did they even have the ability to worship God the way they believed. They believe the Messiah who was to come was much more of a military, economic, and sovereign redeemer. He would restore the Kingdom of Israel again like in the time of David and Solomon.

– Most scholars conclude that both Luke and Matthew were likely written around 55-60 AD and used the Gospel of Mark as a source in their gospel, but both have unique additions, and some of the most unique are in the first few chapters. Luke, who appears to have other first-hand sources aside from Mark and Matthew, is the only one who describes the conversations with Mary, Elizabeth, and the angel Gabriel. He also is the only one who gives such detail to Zechariah going mute, and the miracle of the Nativity. Is it possible that Luke’s source was Mary, Joseph, Zechariah or Elizabeth?

– Matthew includes Jesus Christ’s genealogy, and more particularly against social norms, points out 5 women (Tamar, Ruth, Rahab, Bathsheba, and Mary) in his genealogy that represent some important things. Aside from the fact that they were women, who rarely were named in genealogies, they were specifically considered sinful in their time, they were instrumental in saving Israel either through their own efforts or their son’s, they all were examples of exceptions to the Mosaic Law, and Matthew believed it was essential to include them in the only genealogy we have of the Savior.

Story:
Zechariah is visited by an angel who informs him that he will have a son, who we know later as John the Baptist and who will be the predecessor to the Lord. He disbelieves because Elizabeth had been barren their whole life and he is caused to be mute. 6 months after his wife Elizabeth becomes pregnant, an Angel comes to Elizabeth’s cousin Mary and informs her she will be the mother of Jesus Christ, she is astonished and asks how since she has not known a man? Gabriel tells her that much like Elizabeth being pregnant when previously barren, “with God all things are possible.”

She immediately visits Elizabeth and they have an emotional greeting and conversation (picture above). Mary stays with Elizabeth until shortly before John is born, when she returns to Nazareth. At some point Joseph realized Mary is pregnant, even though they were not married, and he was not sure what to do. An angel comes to him in a dream and explains that the baby is Emmanuel, “God with Us”, and that he should still take Mary as his wife. John is born to Elizabeth and Zechariah, and immediately when this happens Zechariah is able to speak and relates the miracle to the people who are astonished and he names the boy John.

Questions:
Why do you think the four gospel accounts are different? Does it matter that they were written so much later than when the actual events occurred?

Why are women such an important part of this beginning narrative, both in the genealogy and the actual story, which sets the stage for Jesus’ life?

Why do you think it was important that Jesus and John were born into the same close knit family tied together by their mothers?

How do you think it affected Mary and Joseph to know they were having a baby, yet unmarried, and on top of that the baby was going to be the Son of God?

Key Moment or Scripture: Luke 1:46-55
This scripture passage is something Mary says, but traditionally it is described as a poem or song. It is called the Magnificat.

46 And Mary said,
“My soul magnifies the Lord,
47  and my spirit rejoices in God my Savior,
48 for he has looked with favor on the lowliness of his servant.
Surely, from now on all generations will call me blessed;
49 for the Mighty One has done great things for me,
and holy is his name.
50 His mercy is for those who fear him
from generation to generation.
51 He has shown strength with his arm;
he has scattered the proud in the thoughts of their hearts.
52 He has brought down the powerful from their thrones,
and lifted up the lowly;
53 he has filled the hungry with good things,
and sent the rich away empty.
54 He has helped his servant Israel,
in remembrance of his mercy,
55 according to the promise he made to our ancestors,
to Abraham and to his descendants forever.”

What does this say about the assumption Jesus was coming to restore military, sovereign, and economic prosperity?

More importantly what does this say about what is important in our own lives when it comes to being a part of miracles, being close to the Savior, and being protected by God’s covenants?

Final Thoughts:
The testimonies we have from these early witnesses to Jesus Christ’s life are so important to me. Jesus’ message of love and redemption for all people of all walks of life is the most important message in the world. That sinners, the sick, the different, the culturally outcast, the doubting, even the rich, the powerful, and the wise can be redeemed if we have humility, seek out Jesus Christ our Lord, and attempt to be his disciple. These first two chapters in the lessons set the stage for his life by showing that those involved in his life are humble, unimportant, and even considered outcast in their time and place and yet they were some of the most important and impactful people in Jesus’ life.

Begin typing your search above and press return to search. Press Esc to cancel.